A Year With FROG and TOAD ORIGINAL CAST RECORDING 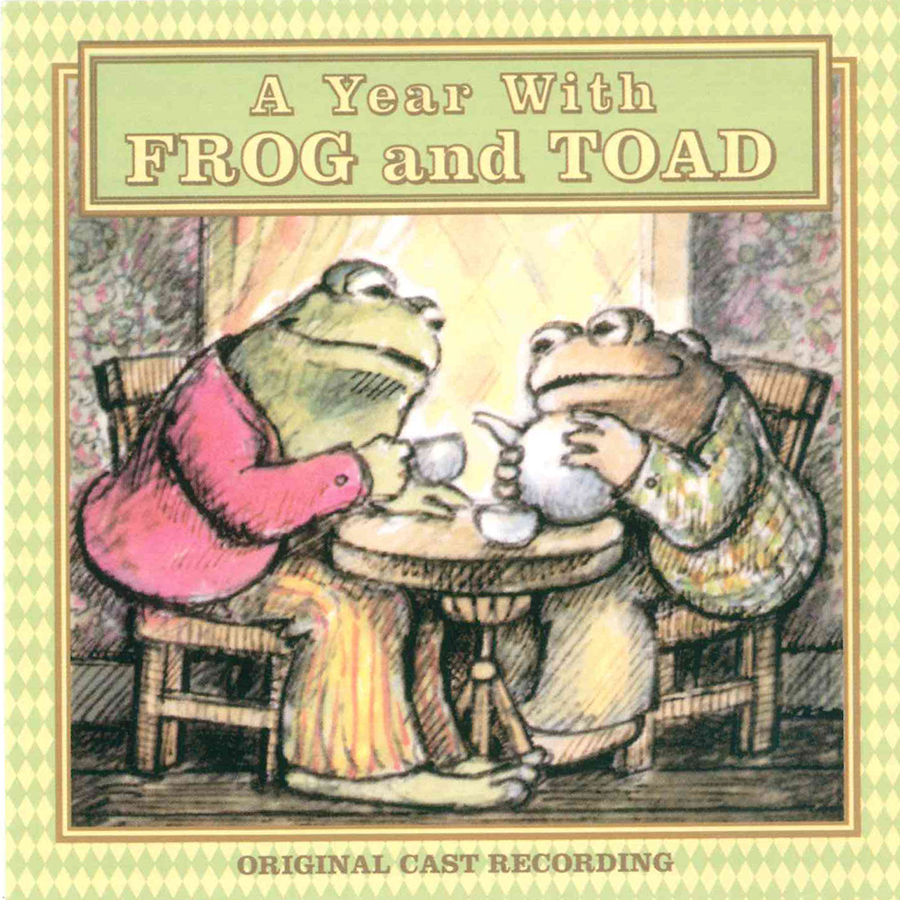 The Children’s Theatre in Minneapolis, Minnesota; music by Robert Reale; book & lyrics by Willie Reale; orchestrations by Irwin Fisch; based on the books by Arnold Lobel

recorded on September 19 & 20, 2002 at Echo Bay Recording Studio in New Hope, Minnesota; The show ran from August to November, 2002 at The Children’s Theatre in Minneapolis, Minnesota, then off-Broadway, then on-Broadway.

reissue not listed elsewhere in this discography
A Year with Frog and Toad: Original Cast Recording Amazon Music Streaming & MP3 files; reissued in 2012

"The best new musical on Broadway! A kind of magic last seen when Jerome Robbins sent Mary Martin flying across the stage in Peter Pan."

"Children shriek with delight. Adults have been known to weep. And those in search of a saccharin-free, kid-friendly Broadway blockbuster at last have their wish."