Stravinsky – The Rite of Spring 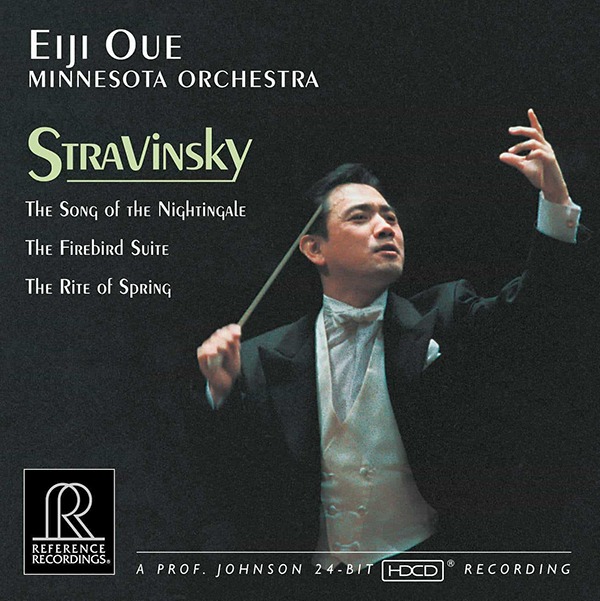 The Rite of Spring by Igor Stravinsky; recorded on January 20, 1996 at Orchestra Hall in Minneapolis, Minnesota; copyright 1996

issued in these formats
HDCD-Compact Disc

reissue not listed elsewhere in this discography
The Rite of Spring by Igor Stravinsky; Amazon Music Streaming & MP3 files; reissued in 2012

"The Rite of Spring, The Firebird Suite and The Song of the Nightingale have never sounded more magical or more dynamic! This HDCD has more detail than any live performance I have attended. The orchestra and the hall sound simply glorious. Put it on, sit back, and be amazed!"

"There is no finer orchestral playing among American orchestras…Bravissimos are due to all concerned…a triumph of artistry, both musical and technical."